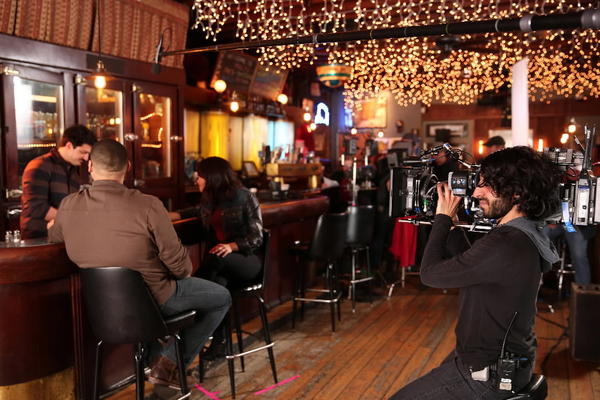 On May 16, 2015, Bucktown neighborhood bar Lottie’s Pub celebrated an incredible 81 years in business. While the sports dive now seems like an outlier in the gentrified neighborhood, the pub was packed with people enjoying .81 cent burgers and beers and generally seems to have experienced a resurgence in popularity thanks to regular appearances on the TV show Chicago Fire.

History of the Pub

The history of Lottie’s Pub may be the most interesting thing about it– but it is a pretty rowdy timeline. The location of Lottie’s at Wolcott and Winchester was originally occupied by a grocer in the 1920s and was converted into a bar by Lottie in 1934. Born Walter Zagorski, Lottie appears to have lived as a woman (sources seem to vary whether Lottie was transgender, a transvestite, or intersex) who stood well over six feet tall and could singlehandedly kick any disruptive patrons to the curb. Basically, she was a total badass.

Besides the amazing story of this woman successfully starting a bar during the great depression and running it up until her death in the 1970s, Lottie’s, originally called Zagorski’s Tavern, is also fascinating for its place in the history of Chicago crime. On the surface Zagorski’s Tavern may have seemed like your typical bar, but below in the “Rathskellar” Lottie ran a gambling den filled with strippers– all sorts of debauchery where local politicians and gangsters were frequent visitors. Lottie was the subject of numerous FBI and IRS investigations, but still managed to run the bar until her death in 1973.

More recently Lottie’s Pub has become well known under another name: Molly’s. The television show Chicago Fire, which films quite regularly on the West Side, first cast Lottie’s for an episode where the bar is set on fire (there was a rumor the show was considered once for Boardwalk Empire). Some of the firemen end up buying the bar, and Lottie’s became a regular fixture for the show. Today, Chicago Fire films Molly’s on a set using a nearly exact replica of pub. The spinoff, Chicago P.D., has also featured the fictionalized Molly’s.

Lottie’s is a University of Wisconsin-Madison bar and kind of feels like a bar you’d find in Wisconsin or Michigan mixed with one of those “old man” dive bars with its brick exterior, vintage interior with lots of character, and the dangling Christmas lights from the ceiling. Lottie’s should feel very familiar when you walk in and that can be a comforting feeling.

A plus for Lottie’s is it does offer a full menu of your typical bar food. I can easily recommend the pizza. The thin crust was excellent and quite crisp with a good mix of sauce and toppings. Beer wise– Lottie’s isn’t super adventurous, but does have a much bigger selection than most places like this.

The basement looks to have been recently revamped and has a little bit more of a speakeasy vibe with rough, exposed brick and a very nice wood bar that help you start to imagine a bit of the crazy shenanigans that went on here. If the Chicago Fire buzz ever dies down, I think it would be cool to transform the bar into a more upscale speakeasy-type bar and play up some of Lottie’s history.

If you’ve never been to Lottie’s before, you’ve been to a place like Lottie’s and know what to expect here. This is a place where you and your friends can enjoy watching a game or as a stop on your regular bar crawl, and certainly a must stop for fans of Chicago Fire. Personally– I’d like to see them play up their fascinating history more, but it is what it is.